Sparkfun sells a breakout with a blackberry trackballer on it and 4 little hall effect sensors. One complete ball rotation generates 11 hall events. So the up, down, left, and right pins will pulse 11 times a rotation. The original thought was to hook those up to DPins on the arduino and use an interrupt that covered that block of pins to count these hall events as they came in. Then in loop() one could know how many events had happened since the last check and work from there. Feeling like doing it more in hardware though, I turned to the 74HC393 which has two 4bit ripple counters in it. Since there were four lines I wanted to count I needed two 393 chips. The output (the count) from the 393 is offered in four lines per count (its a 4 bit counter). So I then took those outputs and fed them into the MCP23x17 pin muxer which has 16 in/out pins on it. I used the I2C version of the MCP chip in this case. So it then boils down to reading the chip when you like and pulsing the MR pin on the 393s to reset the counters. 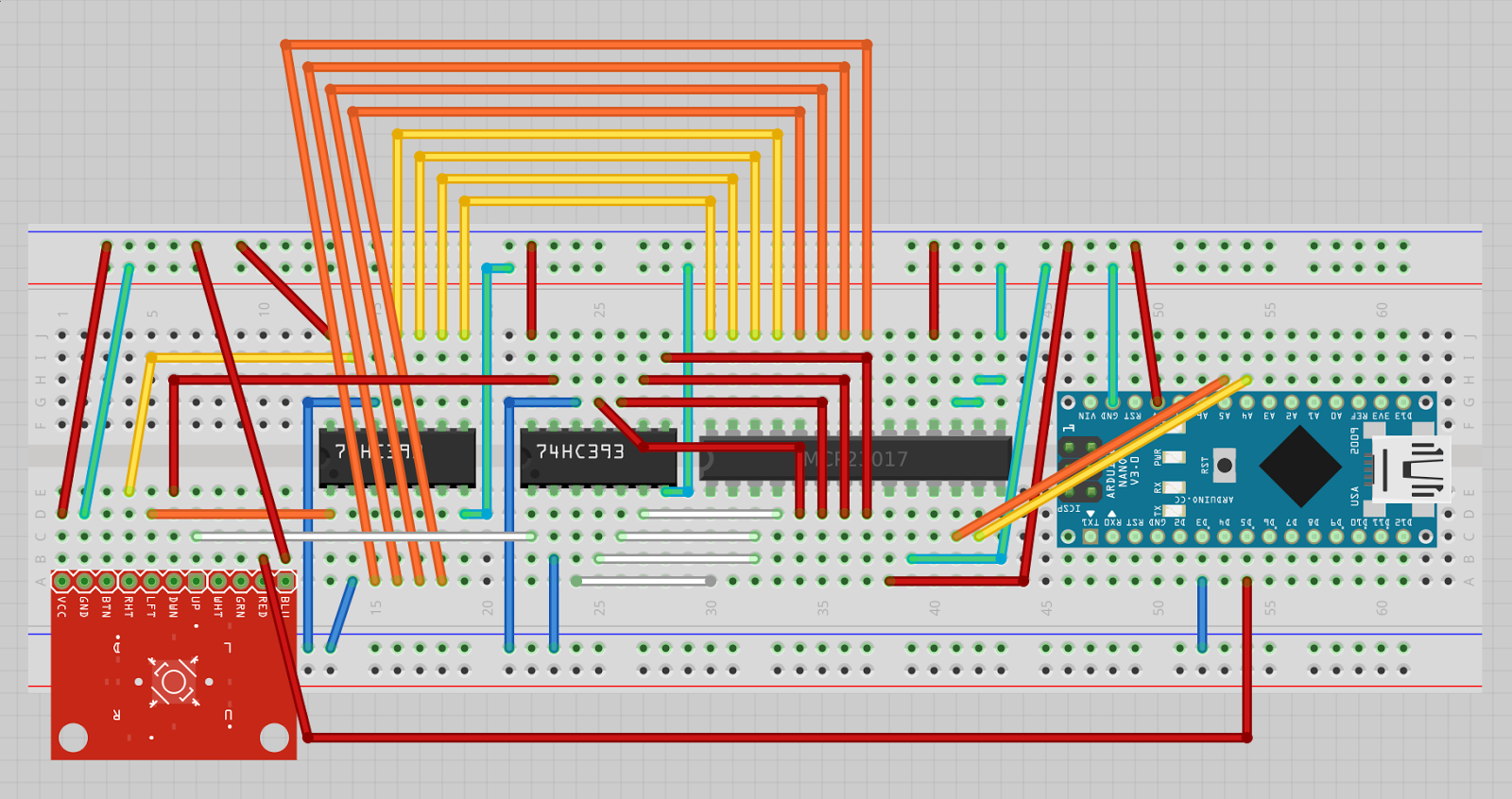 In the example sketch I pushed to github, I have a small list of choices that you can scroll through and if you stop scrolling for "a while" then it selects the current entry. Which just happens to be the exact use case I am planning to put this hardware to next. Apart from feel good factor, this design should have less chance of missing events if you already have interrupt handlers which themselves might take a while to execute.

Posted by monkeyiq at 4:50 AM No comments: