Hookup wires can connect themselves...

A test of precision movement of the Lynxmotion AL5D robot arm, seeing if it could pluck a hookup wire from a whiteboard and insert it into an Arduino Uno. The result: yes it certainly can! To be able to go from Fritzing layout file to automatic real world jumper setup wires would have to be inserted in a specific ordering so that the gripper could overhang the unwired part of the header as it went along.


Lynxmotion AL5D moving a jumper to an Arduino. from Ben Martin on Vimeo.
Posted by monkeyiq at 9:22 PM No comments:

It's easy to get swept up in trying to build a robot that has autonomy and the proximity, environment detection and inference, and feedback mechanisms that go along with that. There's something to be said about the fun of a direct drive robot with just power control and no feedback. So Tiny Tim was born! For reference, his wheels are 4 inches in diameter. 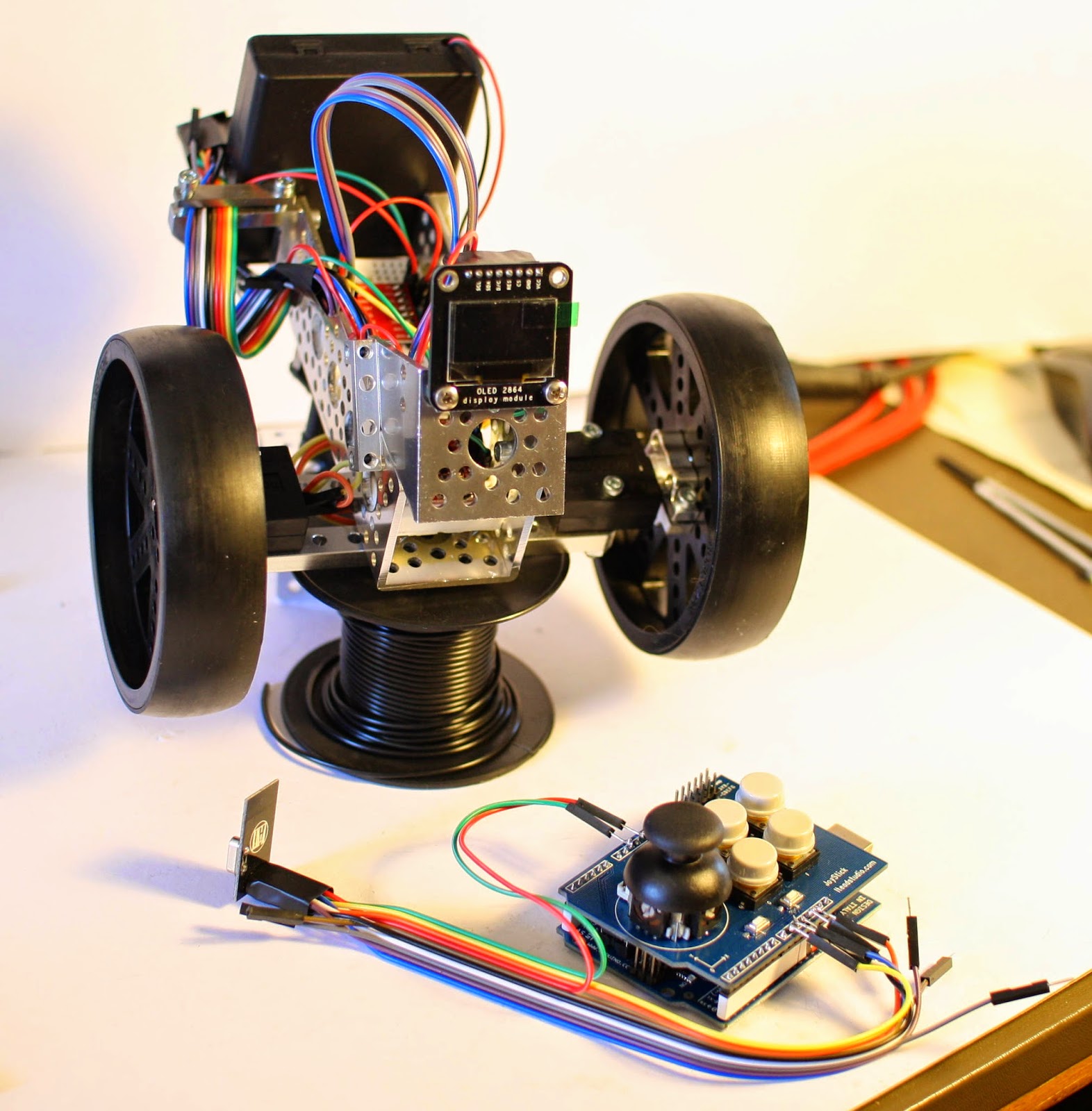 A Uno is used with an analog joystick shield to drive Tim. He is not intended and probably never will be able to move autonomously. Direct command only. Packets are sent over a wireless link from the controller (5v) to Tim (3v3). Onboard Tim is an 8Mhz/3v3 Pro Micro which I got back on Arduino day :) The motors are driven by a 1A Dual TB6612FNG Motor Driver which is operated very much like an L298 dual hbridge (2 direction pins and a PWM). Tim's Pro Micro also talks to an OLED screen and his wireless board is put out behind the battery to try to isolate it a little from the metal. The OLED screen needed 3v3 signals, so Tim became a 3v3 logic robot.

He is missing a hub mount, so the wheel on the left is just sitting on the mini gearmotor's shaft. At the other end of the channel is a Tamiya Omni Wheel which tilts the body slightly forward. I've put the battery at the back to try to make sure he doesn't flip over during hard break.

A custom PCB would remove most of the wires on Tim and be more robust. But most of Tim is currently put together from random bits that were available. The channel and beams should have a warning letting you know what can happen once you bolt a few of them together ;)

Posted by monkeyiq at 9:27 PM No comments:

The long road to an Autonomous Vehicle.

Some people play tennis, some try to build autonomous wheeled robots. I do the later and the result has come to be known as “Terry”. In the long road toward that goal what started as a direct drive, “give the motor a PWM of X% of the total power”, lead to having encoder feedback so that the wheel could be turned an exact amount over a given time.  This has meant that the control interface no longer uses a direct power and direction slider but has buttons to perform specific motion tasks. The button with the road icon and a 1 will move the wheels forward a single rotation to advance Terry 6π inches forwards (6 inch wheels). 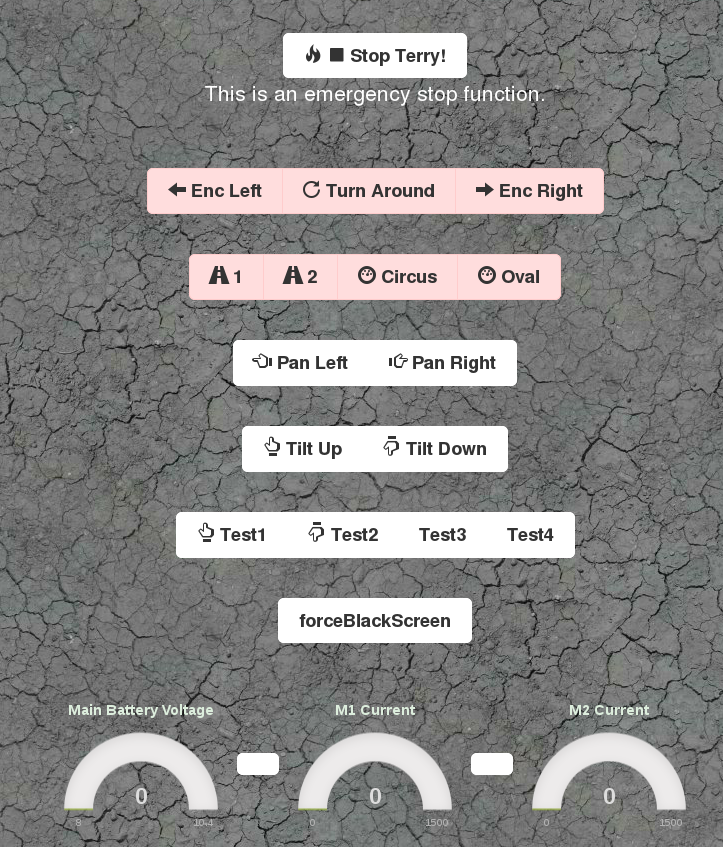 The red tinted buttons use the wheel encoders to provide precision movement. Enc left and Enc right turn Terry in place (one wheel forward, one wheel backwards). The Circus and Oval perform patrol like maneuvers. Circus moves forward, turns in place, returns back, and turns around again. It's like a strafing patrol. On the other hand, the Oval turns move like a regular car, with both wheels going forward but one wheel moving slower than the other to create the turning effect. The pan and tilt control the on board camera for a good Terry eye view of the world.

I added two way web socket communications to Terry this week. So now the main battery voltage is updated and the current, err, current for each motor is shown at the bottom of the page. The two white boxes there give version information so you can see if the data is stale or not. I suspect a little async javascript on some model value will be coming so that items on the page will darken as they become stale due to lag on Terry or communications loss.

I've been researching proximity detection and will be integrating a Kinect for longer distance measures soon. Having good reliable distance measurements from Terry to objects is the first step in getting him to create maps of the environment for autonomous navigation.

Posted by monkeyiq at 6:20 AM No comments: