I have had the great fortune to play around with some of the Actobotics components. The main downside I've seen so far is that its highly addictive! 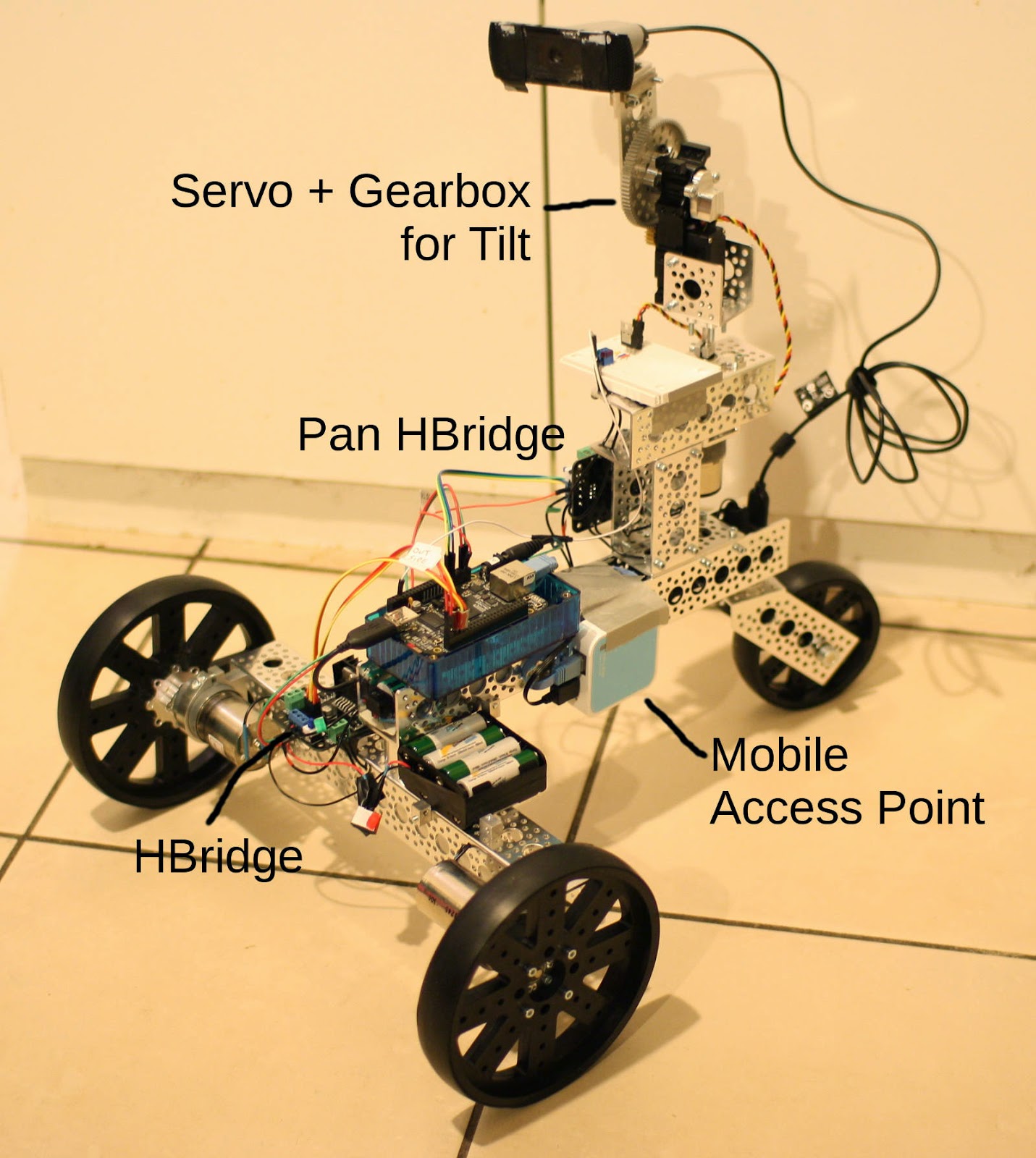 What started out as a 3 wheel robot base then obtained a Web interface and an on board access point to control the speed and steering of the beast. The access point runs openWRT (now) and so with the Beagle there are two Linux machines on board!

The pan and tilt is also controlled via the Web interface and SVGA video streams over the access point from the top mounted web camera. There is a Lithium battery mounted in channel below the BeagleBone Black which powers it, the camera, and the TPLink access point. That block of 8 AA rechargables is currently tasked with turning the motors and servo.

It's early days yet for the robot. With a gyro I can make the pan gearmotor software limited so it doesn't wrap the cables around by turning multiple revolutions. Some feedback from the wheel gearmotors, location awareness and ultrasound etc will start to make commands like "go to the kitchen" more of a possibility.

Posted by monkeyiq at 5:50 AM No comments: