It seems there are many folks with the suspend of death on the NUC. When you suspend to RAM you can't get back. When you disconnect power for a while you can't turn it on again. Welcome to brickland, population: you. I found that following the advice on the forums if I disconnect the CMOS battery for a bit then I could turn on the NUC again. 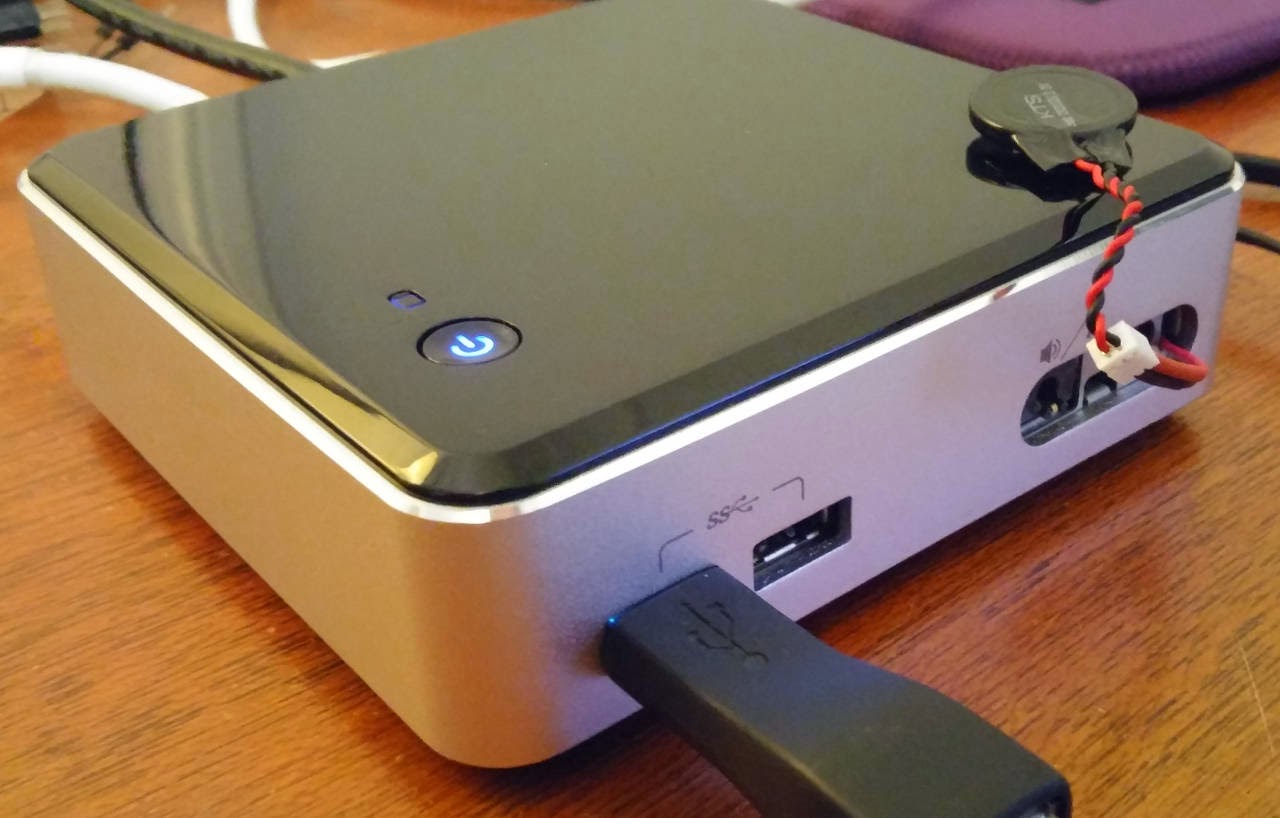 The downside is that the CMOS battery is installed under the motherboard, so you have to remove the motherboard which is no easy task the first time. Then each subsequent time that the NUC bricks you have to take it apart again to such a great extent.

Luckily I found these extension leads which let me bring out the battery from the case. So hopefully now a debrick isn't going to involve a system teardown anymore.

Tiny Tim improves and gets Smaller

I finally switched Tiny Tim over to a lipo battery. Almost everything worked when I tested the new battery, the only thing that failed in a major way were the two 2812 LEDs which, either didn't come on or came on for a very quick moment and went dark. So Tim is now smaller again without the "huge" AA battery pack at it's tail. 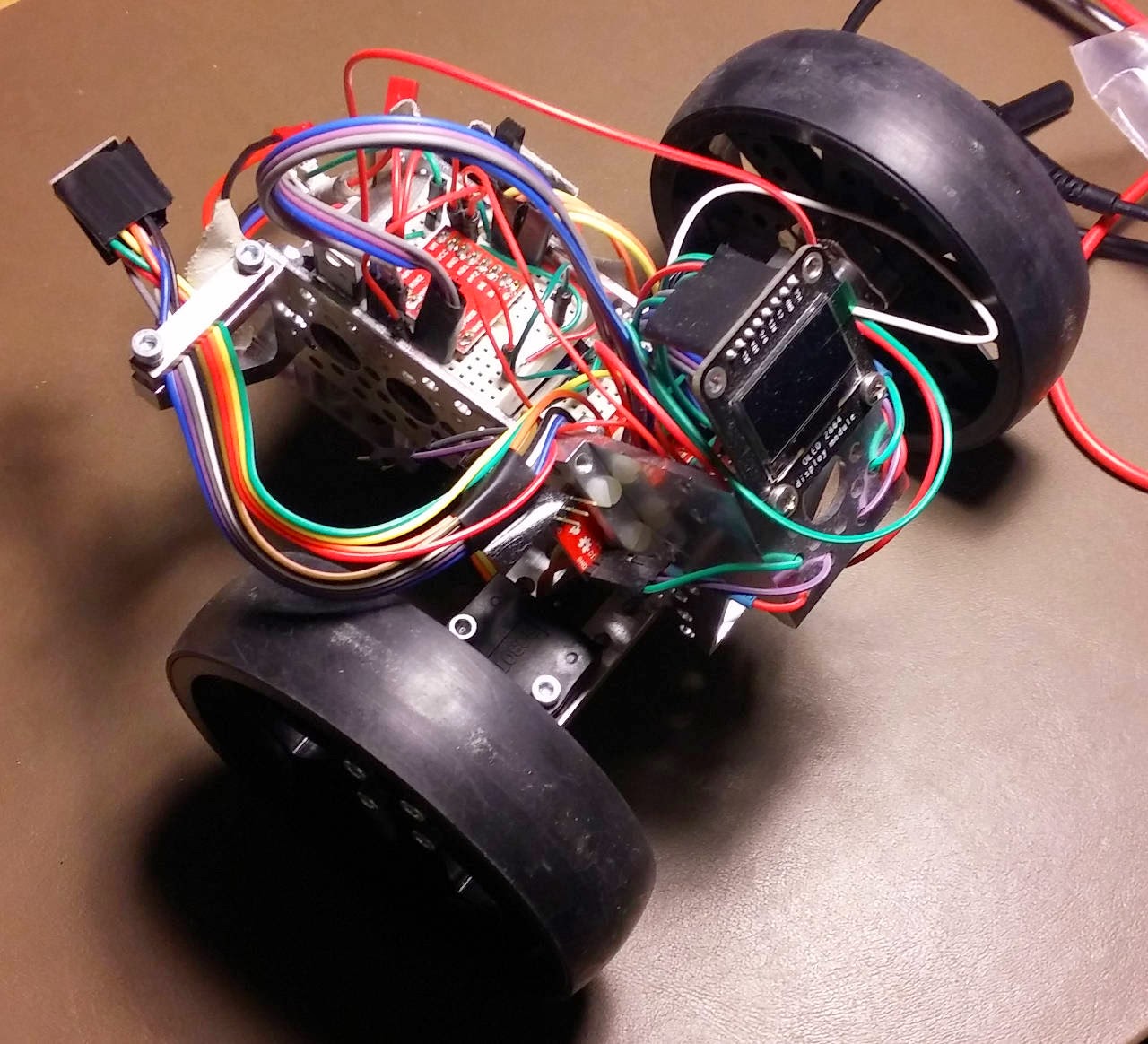 The 2812 story was interesting. It wasn't going to be happy jumping to the 7.6v of the 2S lipo. So I tried various voltage divider setups which didn't work either. I ended up using a common 5v regulator and the lights work fine again. I think I was maybe using too high resistor values in the divider and the 2812s didn't like it. At any rate, they apparently want a good regulated power source, and I wasn't giving it one before I switched over to using the regulator.

On the whole, going from 5-6v of the AA pack to 7.6v has made it a snappier mover. I tried it initially with the battery on the bench and found it would lift the back off the desk under hard break.

Next up is probably attaching a claw or drop mechanism and ultrasound sensor and then take on the Sparkfun autonomous ping-pong ball into cup challenge. I'll probably control it via wireless from a second on board micro-controller. The drop, ultrasound, and autonomous navigation micro (and additional battery) can all be put into a single "module" that I can then bolt to Tim. All the navigation micro needs to do is control the differential drive like a remote control would. This way, the existing micro etc on Tim doesn't change at all in order for the challenge to be accepted.

Posted by monkeyiq at 6:11 AM No comments: