I had hoped to use a quad core ARM machine running ROS to spruce up Terry the robot. Performing tasks like robotic pick and place, controlling Tiny Tim and autonomous "docking". Unfortunately I found that trying to use a Kinect from an ARM based Linux machine can make for some interesting times. So I thought I'd dig at the ultra low end Intel chipset "SBC". The below is a J1900 Atom machine which can have up to 8Gb of RAM and sports the features that one expects from a contemporary desktop machine, Gb net, USB3, SATA3, and even a PCI-e expansion. 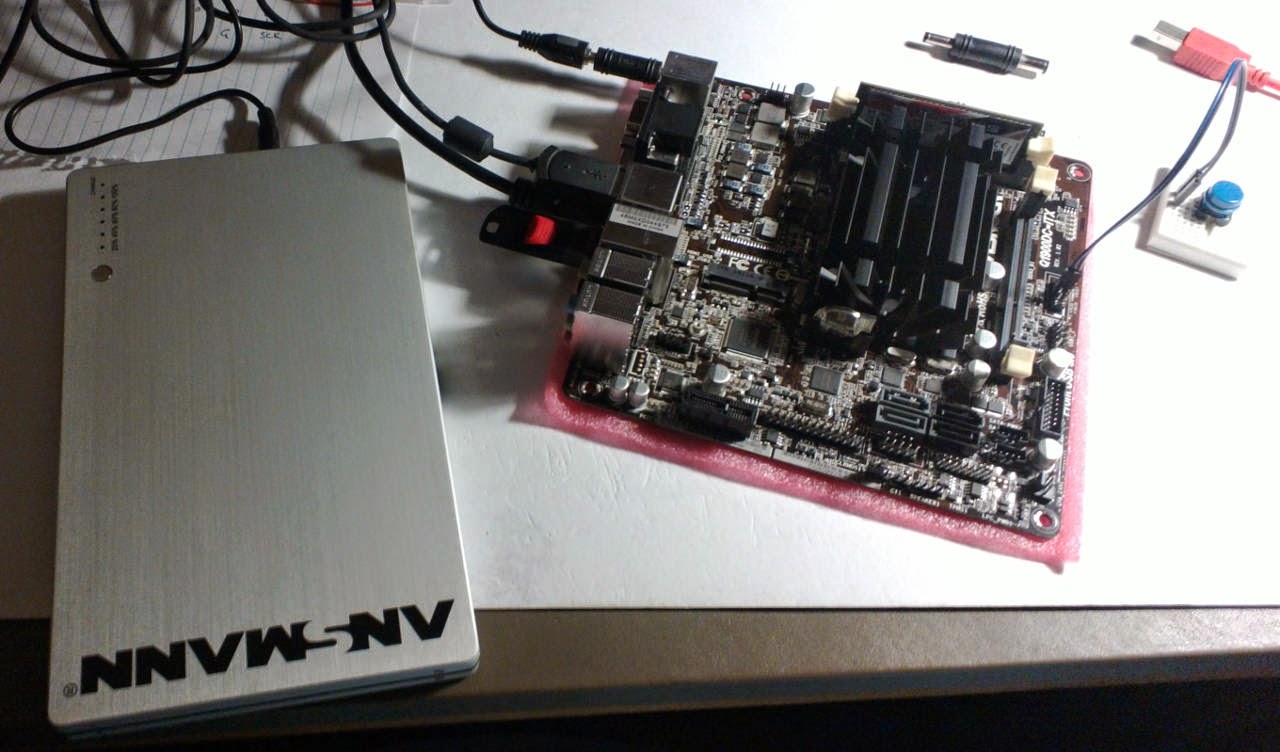 A big draw to this is the "DC" version, which takes a normal laptop style power connector instead of the much larger ATX connectors. This makes it much simpler to hookup to a battery pack for mobile use. The board runs nicely from a laptop extension battery, even if the on button is a but funky looking. On the left is a nice battery pack which is running the whole PC.

An interesting feature of this motherboard is no LED at all. I had sort of gotten used to Intel boards having blinks and power LEDs and the like.
There should be enough CPU grunt to handle the Kinect and start looking at doing DSLAM and thus autonomous navigation.

Posted by monkeyiq at 5:15 AM No comments: