Late last year I started playing with the vs1063 DSP chip, making a little Audio Player. Quite a lot of tinkering is available for in/output on such a project, so it can be an interesting way to play around with various electronics stuff without it feeling like 10 das blinken lights tutorials in a row.

Over this time I tried using a 5 way joystick for input as well as some more unconventional mechanisms. The Blackberry Trackballer from SparkFun is my favourite primary input device for the player. Most of the right hand side board is to make using that trackballer simpler, boiling it down to a nice I2C device without the need for tight timing or 4 interrupt lines on the Arduino. 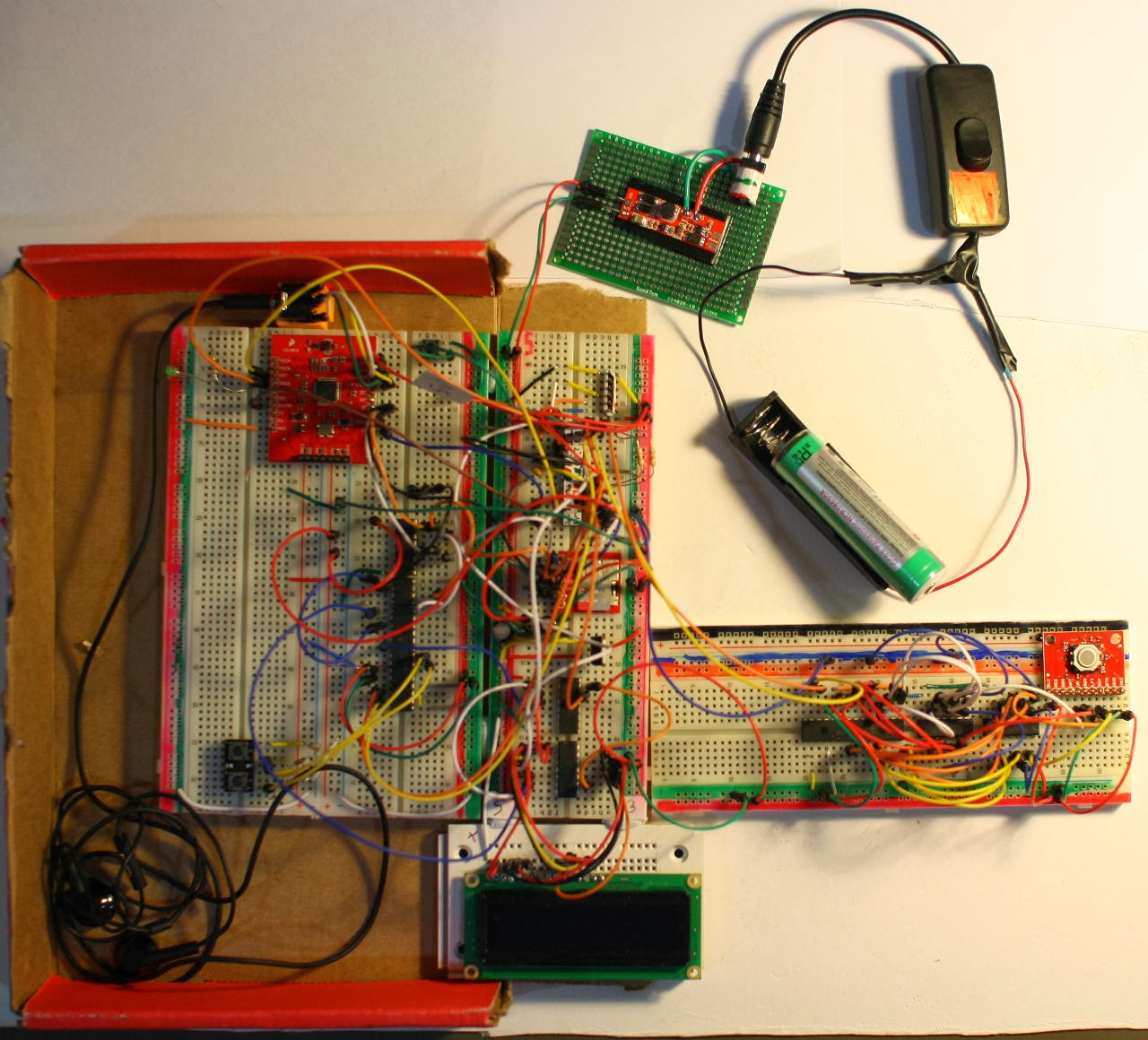 The battery in the middle area of the screen is the single 16850 protected battery cell that runs the whole show. The battery leads via a switch to a 3.7v -> 5v step up to provide a clean power input. Mid way down the right middle board is a low dropout 3v3 regulator from which the bulk of the board is running. The SFE OLED character display wants its 5v, and the vs1063 breakout board, for whatever reason, wants to regulate its own 3v3 from a 5v input. Those are the two 5v holdouts on the board.

Last blog post I was still using a Uno as the primary microcontroller. I also got rid of that Uno and moved to an on board 328 running at 8Mhz and 3v3. Another interesting leaning experience was finding when something 'felt' like it needed a cap. At times the humble cap combo is a great way to get things going again after changing a little part of the board. After the last clean up it should all fit onto 3 boards again, so might then also fit back into the red box. Feels a bit sad not to have broken the red box threshold anymore :|

Loosely the board comes out somewhat like the below... there are things missing from the fritzing layout, but its a good general impression. The trackballer only needs power, gnd, I2C, and MR pin connections. With reasonable use of SMD components the whole thing should shrivel down to the size of the OLED PCB. 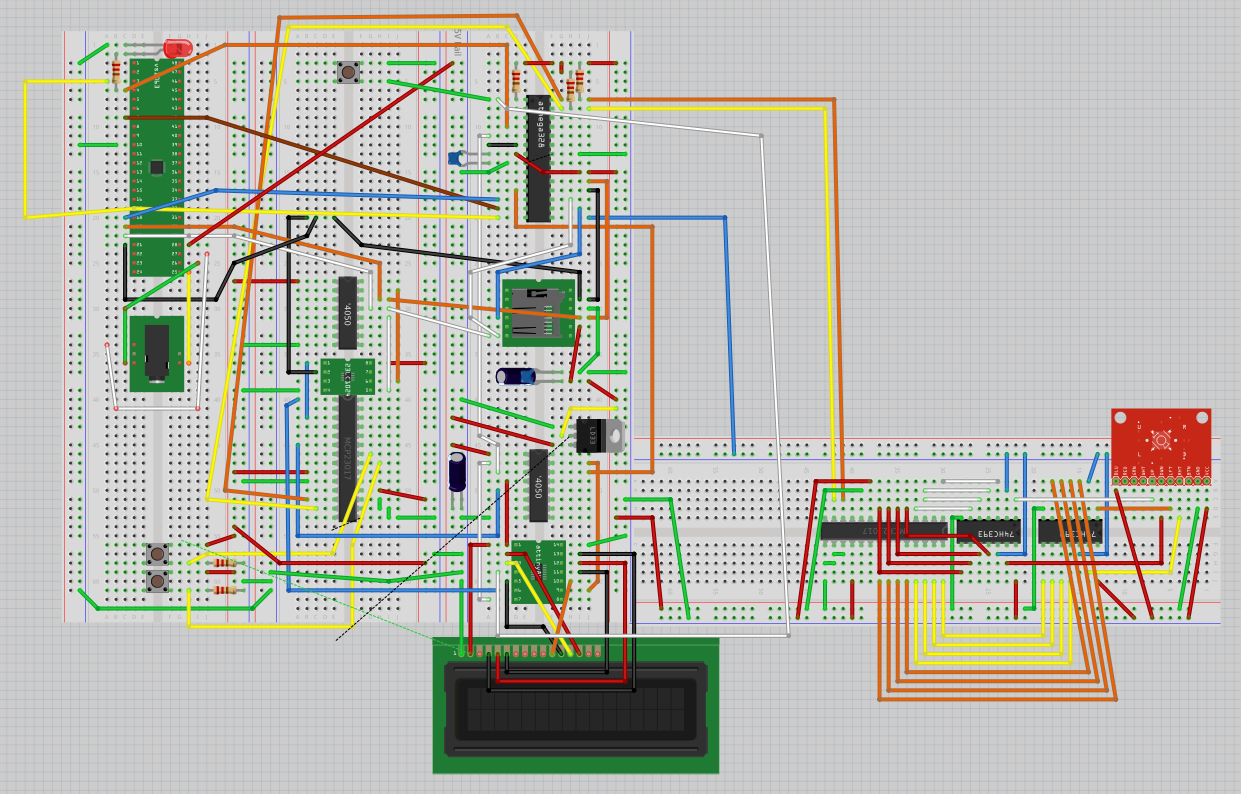 Without tuning the code to sleep the 328 or turn off the attin84 + OLED screen (oled is only set all black), it uses about 65mA while playing. I'm running the attiny84 and OLED from an output pin on the 4050 level shifter, so I can drop power to them completely if I want. I can expect above 40hrs continuous play without doing any power optimization. So its all going to improve from there ;)

Posted by monkeyiq at 5:33 AM No comments: